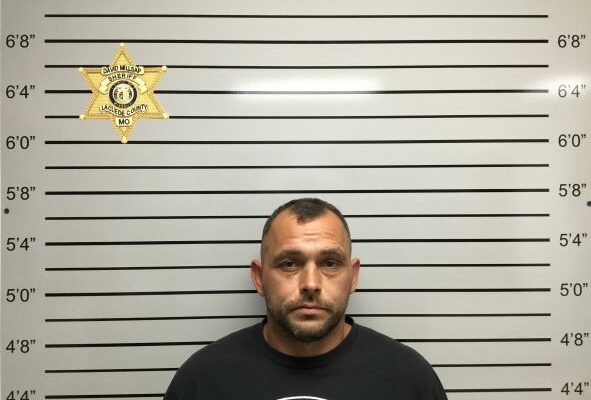 A Camdenton man has been arrested in connection with the death of Hope Laree Arnold, whose body was found alongside the road in the 33-thousand block of Route 66 on Monday morning. According to the Laclede County Sheriff’s Office, they believe that Arnold’s death is related to a wreck that happened on the afternoon of September 9th. The investigation revealed that two 9-1-1 calls were made to Laclede County on the 9th, and a witness said a man got out of the wrecked vehicle, picked up a bleeding female, and put her inside a pickup. When troopers arrived at the same crash site they found a car on fire and no one around. During the follow-up investigation by members of the Highway Patrol, they were unable to identify the driver of the car, nor the passenger, and while the witness was able to give a license plate number, troopers were unable to make contact with the driver of the pickup. On September 26th, a human arm was found lying in the driveway in the 33-thousand block of Route 66, and then located the decomposing body of Hope Laree Arnold, more than 100 feet from the September 9th crash site. On Thursday, (9/29) investigators from the Sheriff’s Office located the pickup and the man and woman who were occupants of the vehicle. They told officers that they drove 39-year-old Robert Eugene Nyman and the injured Laree Arnold to an address in Pulaski County.
After reviewing witness information Robert Eugene Nyman has been charged with Leaving the Scene of a Motor Vehicle Accident that resulted in the death of Hope Laree Arnold. In addition, Nyman had five probation warrants issued by the Court today.