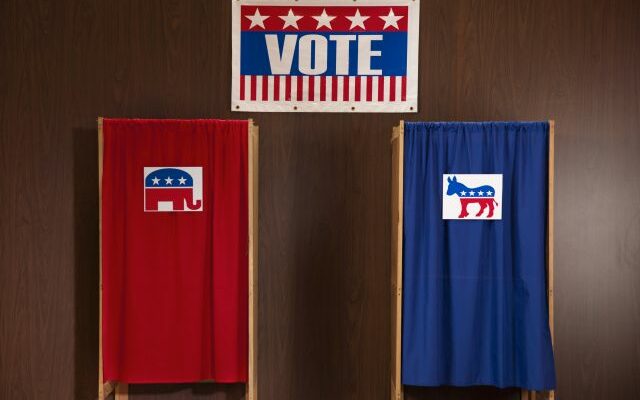 Voters across the nation go to the polls tomorrow to cast ballots in the midterm elections. For Missouri voters, in addition to candidates for various offices, voters will decide the fate of five statewide ballot proposals. Constitutional Amendment 1 would allow state investments in municipal securities possessing one of the top five highest long-term ratings or the highest short-term rating. According to the ballot language, this would increase interest revenue to the state in the amount of 2-million dollars per year and increase revenue to local governmental entities by at least 34 thousand dollars per year. There is no Constitutional Amendment 2, but Constitutional Amendment 3 would make recreational marijuana sales and usage legal in Missouri. It is opposed by several sheriff’s and police organizations in the state and the Missouri NAACP.
Constitutional Amendment 4 would amend the state constitution to authorize laws, passed before December 31st, 2026, that increase minimum funding for a police force established by a state board of police commissioners to ensure such police force has additional resources to serve its communities. Constitutional Amendment 5 would establish the Missouri Department of the National Guard. And there is a measure to decide whether there is a need to call a Constitutional Convention to change or replace the current state constitution. Pulaski County voters have their own Capital Improvement Sales Tax Proposal Question. Should the county impose a countywide sales tax of one-half of one percent imposed for the purpose of building, improving, and maintaining bridges and roadways in the county? The Road and Bridges portion of the county’s personal property tax would be phased out over the next five years if this measure is approved by a majority of county voters. The result would be a considerable amount of additional money to use for the maintenance and improvement of county roads and bridges. The polls will open at 6 o’clock tomorrow morning and close at 7 o’clock in the evening. KFBD Radio, 97.9 FM will have complete coverage of local, state, and national returns after the polls close. Our election coverage will be streamed online at MyOzarksOnline.com.