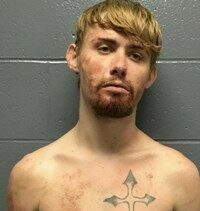 The trial date for a Lebanon man accused of murder has been set for July and August. 23-year-old Dillion Bacon was arrested in April 2022 after Laclede County Sheriff’s Deputies responded to the 28-thousand block of Sassafras Road, and found Megan Glasser dead. Deputies found Ms. Glasser with a gunshot wound to the head, and the suspect, Dillion Bacon on the front porch covered in blood, crying and stating that it was an accident. Bacon told officers that he and Glasser had been arguing and he was waving the gun around when it went off. Bacon is charged with first-degree murder and armed criminal action. The trial was moved to Morgan County on a change of venue and is scheduled to take place from July 31 through August 3rd of this year.