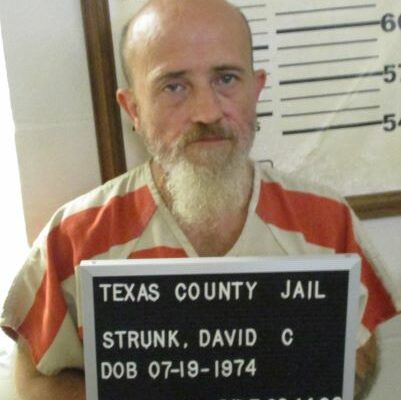 A man from Cabool is facing charges after Texas County Deputies responded to a report of an attack. Texas County Sheriff Scott Lindsey reports that the assault happened on Colburn Road, and the 61-year-old victim had a large cut to his face. He was transported by air ambulance with a serious injury. Witnesses told deputies that the suspect, 48-year-old David Clay Struck slashed the victim, who is a family member, with a sword. Strunk was later arrested by the Missouri State Highway Patrol near Mountain View. Strunk is charged with domestic assault and armed criminal action and is in custody with a bond of a million dollars.