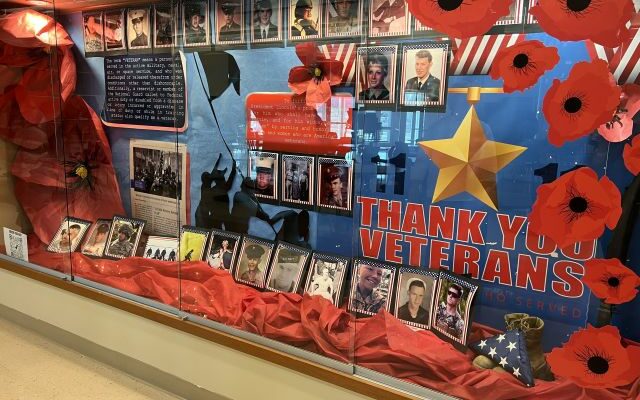 Students in the advertising design class at the Waynesville Career Center have created a strikingly poignant design in a large display case to honor the nation’s veterans.
WCC Director Sam Callis tells us more.

The large red poppies harken back to the poppies in Flanders Field in World War One.

The poppy is a symbol of remembrance and hope, including hope for a positive future and a peaceful world.
They are a show of support for the Armed Forces community, those currently serving, ex-serving personnel, and their families; and a symbol of remembrance for all those who have fallen in conflict. As the John McCrae poem goes: In Flanders’ fields the poppies blow Between the crosses, row on row, That mark our place: and in the sky The larks, still bravely singing, fly
Scarce heard amid the guns below.