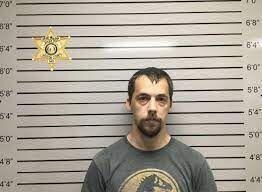 A preliminary hearing date for 33-year-old Kevin Ash of Lebanon is scheduled for October 25th at 8:30 a.m. in Laclede County. Ash is charged with second-degree murder and armed criminal action for shooting 45-year-old Bobby Langston of Lebanon on August 31st.

Ash told investigators he was arguing with his father about other family members when Langston entered his doorway. Ash claims his stepbrother lunged at him, but investigators say the location of Langston’s body wasn’t consistent with that story.

Ash is currently free on a $5000 bond and was also ordered to reside at his home on W. Elm Street and not possess any firearms.