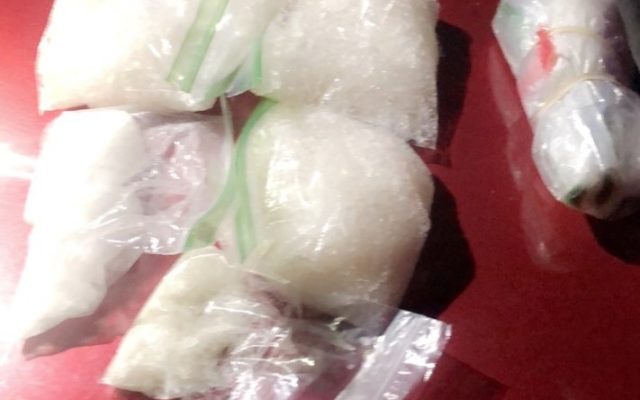 An estimated $45-thousand-dollars worth of Methamphetamine was seized during a traffic stop on Wednesday night, in Lebanon. According to the Laclede Sheriff’s Office, Law enforcement officers from Lake Area Narcotics Enforcement Group, the Highway Patrol, Laclede County Sheriff’s Office, Lebanon Police Department, along with agents from the Drug Enforcement Administration confiscated two pounds of methamphetamine on Wednesday night . The methamphetamine was located after a Sheriff’s Deputy and Missouri State Highway Patrol Trooper conducted a traffic stop. A Lebanon woman was arrested, and she is facing Federal charges.

Earlier that same day, a search warrant in the 500 block of Catlin Avenue turned up a quarter pound of methamphetamine, and a 45 year old Lebanon woman was arrested. That case has also been turned over to the DEA, for Federal Prosecution.

“LANEG developed the information and worked with the DEA, as well as local agencies, in the service of the search warrant and the traffic stop that led to the seizures.  The two women are major players in the trafficking of meth in our community,” Sheriff David Millsap said. Names of the individuals involved will be released when they are indicted in Federal Court.