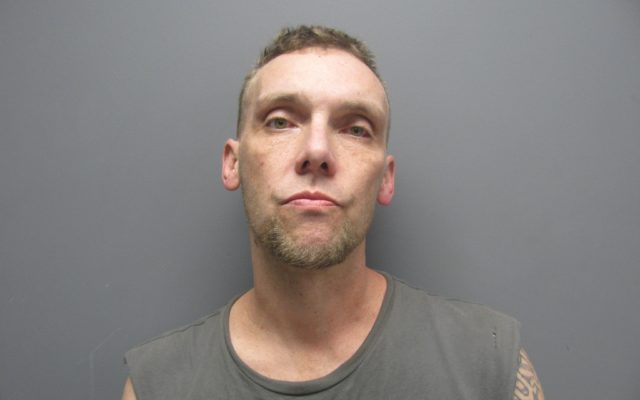 A man who is suspected of multiple thefts is in the Laclede County Jail on a charge of Burglary. 40 year old Lucas Adam Mackey of Phillipsburg was arrested on Wednesday in connection with a burglary in the 22-thousand block of Keepsake Drive. Authorities say that Mackey and another person, both of which were wearing ski masks, went into the home, just after midnight, displayed a handgun and demanded money. The 4 people in the home, told the suspects that law enforcement was on the way, after which they left, without any cash.
Mackey was arrested a few hours later after deputies received information about a male hiding in the area of the Pleasant Grove Baptist Church, not far from the residence on Keepsake Drive. Authorities say that Mackey knew the people in the house. Mackey is charged with Burglary and is being held with a bond of $50-thousand-dollars. He is also facing charges after fleeing from deputies on January 5th, after a burglary on Mustang Drive.