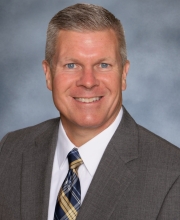 On Tuesday Night, the Lebanon R-3 School Board met for their monthly meeting. One of the many things discussed was a recently added ballot issue in Laclede County. If passed in November, that ballot issue would lower the current surtax on commercial property from 1 dollar and 3 cents per 100 dollars assessed valuation to 51 cents. Superintendent Dr. David Schmitz says this would cost the district about two-hundred-and-fifty-thousand dollars annually and would hurt long-term projections.

The “Project Lebanon Schools” referred to was later defined as the commitment the board made in 2018 to improve many aspects of the district. Schmitz said the funding from the surtax reduction wouldn’t hurt these plans in the short term, but long-term challenges could be expected.

The Lebanon R3 School Board further renewed its commitment to the promises they have made to the students and staff in Lebanon Schools but said that further progress would be challenging should the surtax be reduced.