On December 3, 2021, at 10:32 p.m., Lebanon police officers were dispatched to a call of a male subject laying on the ground in the 400 block of N. Monroe Street. When officers arrived, they began life-saving measures and noticed the subject had what appeared to be a fatal gunshot wound. Further investigation would reveal the deceased subject, Ethan J. Williams, age 23, of Lebanon, Missouri, along with two other subjects, Zachary R. Gillis, age 18, of Fort Leonard Wood, Missouri, and Blake R. Paulson, age 20,  of Fort Leonard Wood, Missouri, had engaged in an armed robbery at a residence in Lebanon, Missouri,  when Ethan J. Williams was shot by a juvenile male from Lebanon, Missouri.

As a result, Zachary R. Gillis, and Blake R. Paulson were arrested and charged with; class A felony Murder  2nd Degree, class B felony Burglary 1st Degree, and class C felony Stealing. They remain lodged at the  Laclede County Jail with no bond.

The juvenile male is currently being held at the Camden County Juvenile Justice Center on charges pertaining to this investigation.

The above charges are mere accusations and are not evidence of guilt. Evidence in support of these charges must be presented before a court of competent jurisdiction whose duty is to determine guilt or innocence. 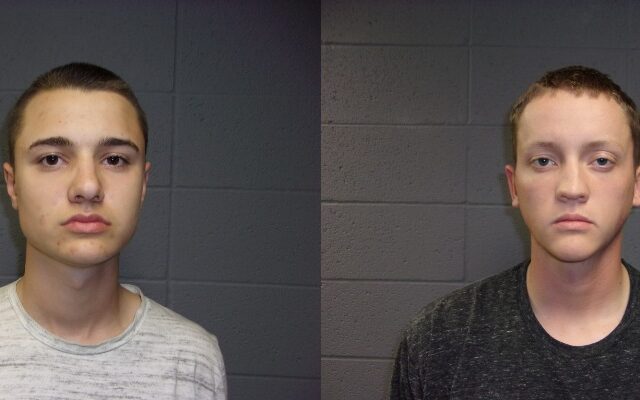 Warsaw man accused of murder scheduled for hearing on Tuesday

1 day ago
Connect With Us