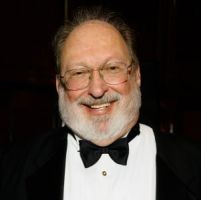 One of radio’s most famous voices will soon no longer be heard. Lebanon native and Hall of Fame Broadcaster Jim Bohannon will retire as host of “The Jim Bohannon Show” Friday due to health reasons. Bohannon has been hosting his syndicated program for over 40 years.

Bohannon began his broadcast career while still in high school in 1960 at Lebanon radio station KLWT. Following graduation from Lebanon High School in 1962, Bohannon continued working in radio part-time in the Springfield market while attending Southwest Missouri State in Springfield. After graduation, he enlisted in the U.S. Army, serving until 1970, including a tour in Vietnam.

Bohannon resumed his radio career in the Washington D.C. area in 1970 and has held numerous on-air positions since. Bohannon was a frequent fill-in host on the late Larry King Radio Show and took over King’s late-night talk show in 1993.

Bohannon’s final show will include special guests and airs Friday.