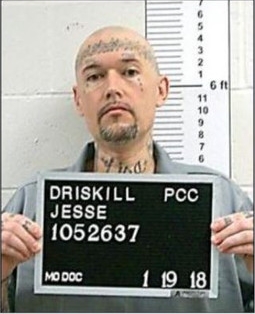 An Associated Press report says the Missouri Supreme Court on Tuesday rejected a death row inmate’s argument that he received ineffective counsel, and prosecutors withheld important evidence during his trial for killing a central Missouri couple.

Jesse Driskill, of Lebanon, was sentenced to death in 2013 for killing 82-year-old Johnnie Wilson and 76-year-old Coleen Wilson at their home near Lebanon. The couple had just celebrated their 59th wedding anniversary when they confronted Driskill burglarizing the house on July 26, 2010.

He appealed a circuit court judgment that no due process violations had occurred and that his defense attorneys were not ineffective during Driskill’s trial and the penalty phase.

Among other things, Driskill contended prosecutors hid an alleged favorable deal on a prison sentence for a man who testified against him.

He also cited several examples of alleged ineffective representation by his defense attorney, such as failure to call expert witnesses on possible contamination of DNA evidence, or not calling witnesses to testify about Driskill’s mental health issues.

The state Supreme Court ruled the circuit court’s findings were not “clearly erroneous” and upheld the lower court’s denial of post-conviction relief for Driskill.

Richland Man Faces A Charge of Unlawful Use of a Weapon

18 hours ago
Connect With Us