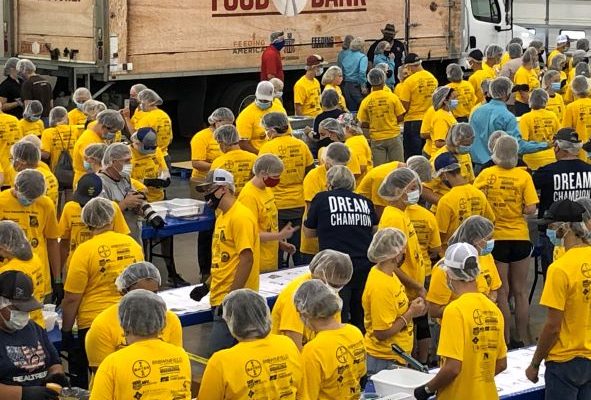 900 FFA members from across the state are on the Missouri State Fairgrounds today (Tuesday) as part of Food Insecurity Awareness Day at the fair. Missouri FFA has set an ambitious goal of packing 200-thousand meals of beans and rice for families in need around the state. FFA President Kaitlyn Kleiboeker says it’s a chance for members to fulfill the last part of the organization’s motto, “Living To Serve”.

As Kleiboeker mentioned, nearly one in five Missouri children live not knowing where their next meal will come from. Ashley McCarty, executive director of Missouri Farmers Care, says food producers must play a crucial role in addressing hunger and are doing so.

Participating chapters have been split into three shifts to pack meals, which will then be split among the state’s six food banks. Missouri Lieutenant Governor Mike Kehoe and Secretary of State Jay Ashcroft also assisted with packing meals this (Tuesday) morning.

Saturday Is The Day For Back-to-School Extravaganza in Waynesville