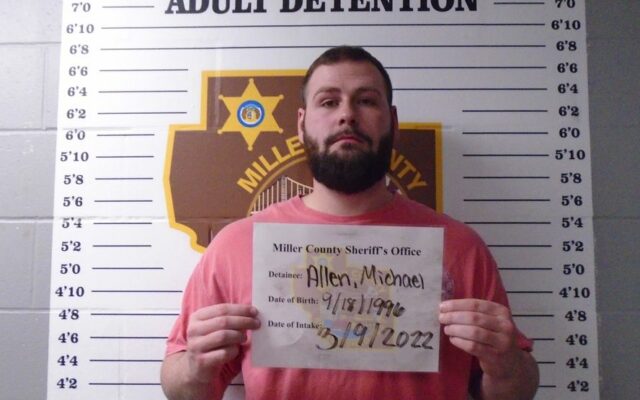 A sentencing hearing for a former Miller County teacher who made a guilty plea on Tuesday is set for December 14th. 26-year-old Michael Allen of Versailles was charged with three counts of sexual contact with a student. Miller County authorities received a tip in March this year that Allen was having inappropriate contact with a student. Officials say Allen was supplying alcohol to several underage students and had a sexual encounter with one of those students.