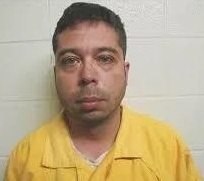 A former soldier in the Army National Guard based at Fort Leonard Wood has been sentenced in federal court for sexually abusing four children.

43-year-old David J. McKay of Waynesville was sentenced by U.S. Chief District Judge Beth Phillips to 30 years in federal prison without parole. The court also sentenced McKay to spend the rest of his life on supervised release following incarceration.

McKay previously pleaded guilty to four counts of sexually abusing a minor and one count of transporting a minor to engage in criminal sexual activity.

The abuse happened over seven years, ending in 2017. At the time, McKay was the youth ministry director for the base’s Religious Services Office. According to federal officials, the abuse happened both on the base during camping trips and in Colorado on youth group ski trips. The victims ranged in age from 11 to 17.