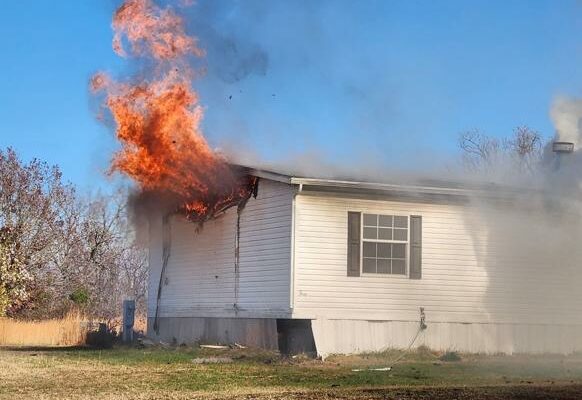 The Mid-County Fire Protection District responded to a home fire on Barnwood Lane south of Camdenton in Camden County shortly before noon Friday. By the time crews arrived, around half of the home was involved in fire. Although there were no hydrants in the area and water had to be shuttled in, crews had the fire under control in about 30 minutes.

No occupants were home, and no injuries were reported. The home sustained severe fire, smoke, and water damage.

Although the cause of the fire remains under investigation, the State Fire Marshall’s Office says it is not believed to be suspicious at this time, and they are continuing the investigation. Firefighters cleared the scene around 1:30 Friday afternoon.