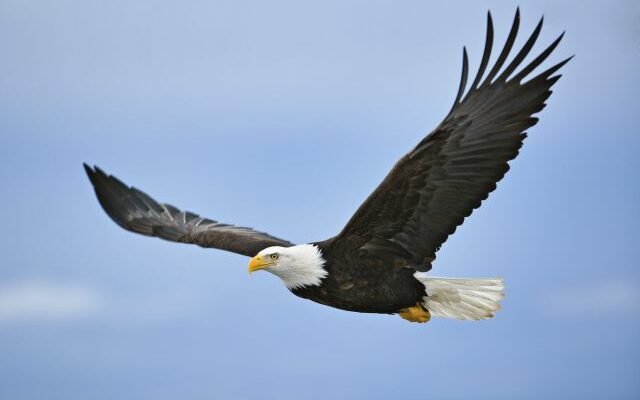 According to Missouri Department of Conservation officials, during the winter months, Missouri’s population of bald eagles swells to more than 2,500, due to birds migrating from the north. Pulaski County Conservation Agent Nathan Ingalls took part in the annual Eagle Survey on January 4th with several sightings of Bald Eagles on the helicopter flight.

Bald Eagles are massive birds with a wing span of nearly 6 to 7- and-a-half feet. Females are slightly larger than male Bald Eagles.