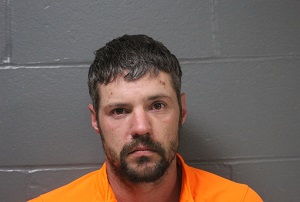 A Camdenton man was arrested following an investigation into claims that he assaulted a woman on February 19th. Camden County Deputies responded to a residence on North Highway 5 to a domestic dispute. At the scene, the victim showed injuries that were consistent with choking. The suspect, 37 year old Kelly Gorham, had already left the scene, but was located in the Camdenton area and arrested. Gorham was charged with Felony Domestic Assault 2nd degree, and is currently free on bond.