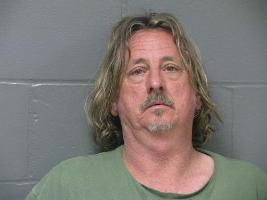 After numerous delays, the murder trial of 59-year old Steven Endsley of Camden County is scheduled to be heard next year in Kansas City. The case was scheduled in June of this year in Laclede County on a change of venue but after rumors of an impartial jury pool, that idea was scrapped.

Endsley is charged with stabbing 27-year old Danielle Smith and her mother, 61-year old Teresa Jackson, then burning down their mobile home in August of 2016. Medical reports indicate Smith was stabbed to death, and her mother was strangled before their bodies were burned.

Authorities say Endsley and Smith had an ongoing disagreement regarding Smith’s identification as a lesbian. The FBI was working with Camden County to see if the murders were part of a hate crime in connection with Endley’s disagreement.

If convicted, Endsley could spend the rest of his life in prison.