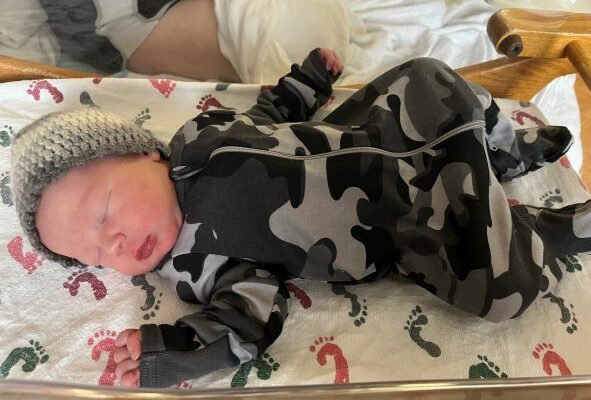 The first new year baby in Lebanon was welcomed into the world on Monday. Sammuel Coty McNellis, named for his father, made his way into the world on January 2nd at 5:21 in the morning, becoming Mercy Hospital Lebanon’s first baby of the new year. Baby Sammuel weighed 8 pounds, 5 ounces, and was just more than 20 inches long. His parents are Cassidi and Sammuel McNellis of Grovespring. He is the couple’s second child.