44-year-old Thomas Kincheloe of Lebanon appeared in court yesterday in Laclede County. Kincheloe is charged with three counts of felony statutory sodomy of a person less than 12 years old and one count of Felony 2nd-Degree Child Molestation of a child less than 12 years old. During Wednesday’s court appearance, Kincheloe appeared without counsel and pleaded not guilty to the charges. The court also heard from prosecutors and some of the victim’s families.

Authorities say on December 29th; an investigation was initiated into allegations of a child sex crime against a child less than ten years old. The Lebanon Police Department and the Missouri Department of Social Services Children’s Division investigated the complaint. Kincheloe was taken into custody last Thursday, after which Lebanon Police received further information identifying additional child victims of alleged sexual abuse by Kincheloe. The case is set for a 7-day bond hearing on January 11th, when the bond status will be determined. Kincheloe remains in the Laclede County Jail.

Lebanon Board of Public Works and Code of Ordinances 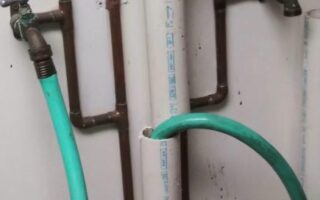