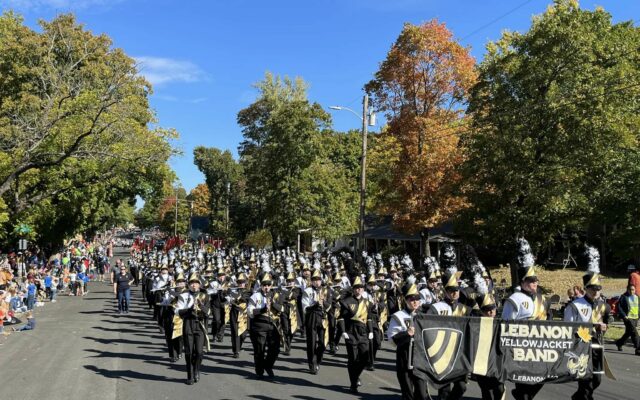 It was the Lebanon High School band’s best run of the season, the Marching Yellowjackets took home Best Hornline, Best Percussion, and Best Auxiliary captions in finals of the 56th annual Maple Leaf Festival in Carthage on Saturday. Against some of the best bands in the state. The Lebanon Band was also awarded First Place in finals and the Sweepstakes Award for best-combined parade and field band!!
The Yellowjackets Band was also awarded the fan favorite award, which is determined by contributions from fans towards a charitable cause. This year the award benefited the family of a Carthage administrator who recently passed away.

The band will have its final competition of the season this Saturday at the Ozark Mountain Marching Festival in Reed Springs.

The Marching Yellowjacket Band is under the direction of Aaron Stewart.