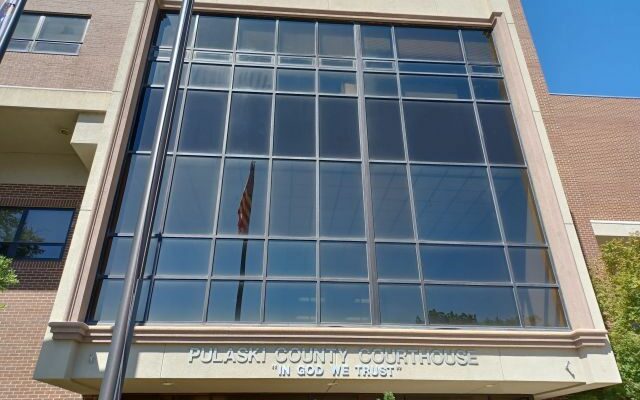 Pulaski County voters will be revisiting in November the half-cent sales tax proposal for the road and bridge department that was defeated by just 53-votes in April.
Pulaski County Eastern District Commissioner Charles Bassett says the current personal property tax doesn’t generate near enough money to handle the ever-rising cost of road and bridge maintenance and replacement. Money collected through the half-cent sales tax, he says, would be more equitable in that collected money would come from all the people who use the county’s roads. He adds that all road and bridge sales tax money would go directly to the Pulaski County Road and Bridge Department, and no one else.

Roads and Bridges receive no funds from the annual county budget.
Western District Commissioner Clinton Jarrett says the road and bridge portion of the county’s personal property taxes would be lowered annually until it totally disappears in five years.

County commissioners will be holding Town Hall meetings throughout the county about this sales tax proposal. There are two meetings coming up this week–this evening at 6 o’clock in Richland in the Community Room of the First Baptist Church and Thursday evening at six in the Palace Church for residents of Big Piney township. Town Hall meetings will be held on October 17th in Crocker, October 20th in St. Robert for St. Robert and Waynesville residents, October 24th in Laquey, and October 27th tentatively in Dixon. More information is available on the Pulaski Road and Bridge Facebook site. The mid-term election will be held on November 8th.