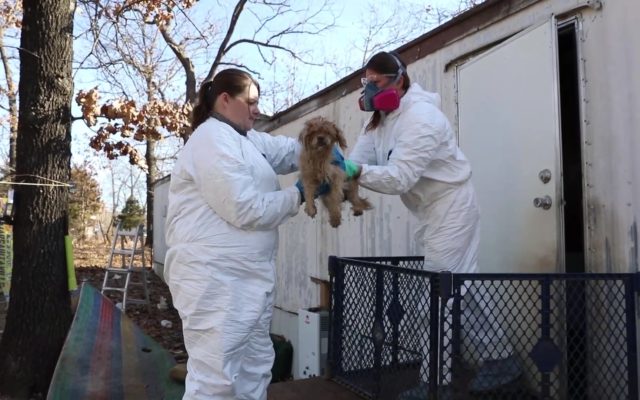 Hazmat suits and respirators were used when 25 small dogs and a cat were rescued from a property in Hickory County this week. According to the Humane Society of Missouri, the owner died in the home more than a week ago, leaving the animals untended. The small dogs are in varying stages of malnourishment and suffering from skin conditions and other illnesses common in long-term hoarding situations. The remains of at least one dog was also found inside the home. The surviving animals were transported to the Humane Society facility in St Louis to be treated, and then gotten ready for adoption.