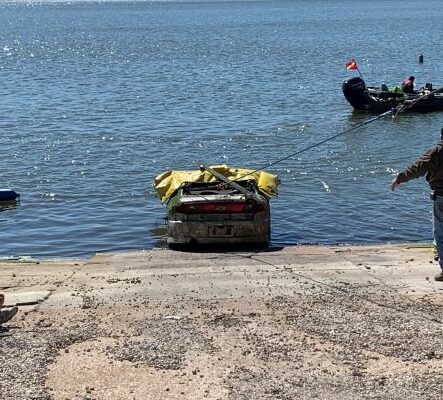 2 vehicles were found submerged near the Niangua Bridge in Camden County this week. On Tuesday, detectives from the Camden County Sheriff’s Office met with the Missouri State Highway Patrol Water Patrol Division and the Mid-County Fire Protection District near the Cave Restaurant where they recovered a 2004 Chevrolet Cavalier and a 1958 Ford Thunderbird. Recent underwater search efforts by two private recovery/rescue teams led them to the area. Both teams, Chaos Divers of Illinois and Adventures With Purpose of Bend, Oregon, had recently explored the area and discovered underwater anomalies during their search for missing Camdenton veteran, Donnie Irwin, who has been missing since December 2013. The 2004 Chevrolet Cavalier recovered was reported stolen in 2005 from a motel in the Sunrise Beach area. The origin and ownership of the 1958 Ford Thunderbird recovered are still under investigation. Anyone with information about either of these two vehicles is encouraged to contact the Camden County Sheriff’s Office Detective Bureau. 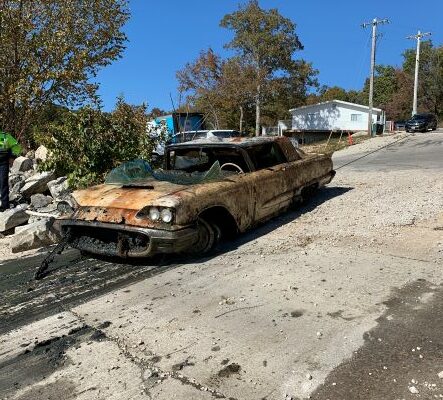